Golden Harvest Acres is a farm and specialty foods producer just outside Mifflinburg, PA. John Bobinis, the owner, needed to solve a problem and found himself heading into a new line of business. (That's something Lev and ReciPal can relate to.) John shared some of his story with us.

The Case For Specialty Food Production

John and his wife, Sara, have grown produce all their lives. They farmed in Nebraska for years and then moved to Pennsylvania in 1997 and bought their place in Mifflinburg. They grow different types of produce, but they started focusing on gourmet varieties of garlic because conditions on the farm were prime for it. The farm is 14 acres, and John devotes about 1.5 acres to garlic. 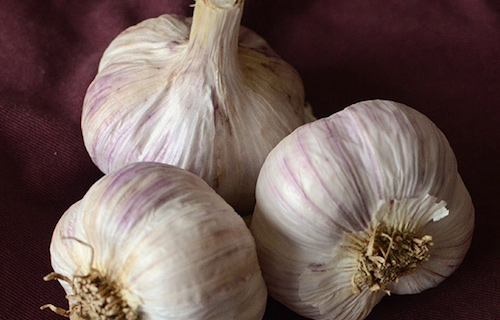 John sells his large-grade bulbs for seed. But he won't sell bulbs below a certain size because they don't meet his standard of offering only the best to his customers. That standard is what led John to food production.

About three or four years ago, John and Sarah had a problem: a bumper crop left them with lots of smaller garlic bulbs and excess produce they couldn't sell. So they came up with a roasted garlic spread and a pumpkin butter to use up their stock. And they haven't looked back. Just as they did with their quest for the best garlic, they emphasize quality and uniqueness in their Golden Harvest Acres products.

The first products were driven by what needed to be used. Now John has more creative freedom. But inspiration still comes from what he and Sara grow and from the products they already make, like their pumpkin butter, which they turned into the base for their new spiced pumpkin vinaigrette.

John's development process involves thinking of what he wants to do, translating that into a viable product, and coming up with a base recipe. John collaborates with his co-packer from there.

Everything is made in small batches by hand. Not every idea flies, of course, but sometimes it all comes together quickly. John is very proud of getting the spiced pumpkin white wine vinaigrette perfect on the first try. The new black raspberry and balsamic vinegar vinaigrette took longer, maybe four attempts. Sometimes the fix is a different ingredient, and sometimes it's an adjustment to the ratios. Keep that in mind if you're working on your own product!

John and Sara started working with a co-packer immediately because they didn't have a commercial kitchen. They knew somebody who used a company in West Virginia, and used them for their first run. But they found it wasn't practical to work with someone far away, so they looked closer to home. We completely agree with John on the importance of having a co-packer nearby so that you can visit, work together in person, and troubleshoot problems more easily.

They searched online and talked to people. Ultimately, they approached another specialty foods producer nearby and asked the owner if she would serve as their co-packer, even though she does not advertise that service. John liked the owner, and having a good relationship with your co-packer is the key. You can't overestimate its importance. As John puts it:

"We have really come up with a creative solution. We could never do what we’re currently doing with a big co-packer. . . . We work really well together because of our different areas of expertise. . . . We have developed a great friendship and understand one another’s requirements. . . . As we grow, she [the co-packer] is willing to do things on her end to accommodate us as far as scaling. And, yes, she is a mentor in areas that we lack knowledge and understanding."

(John found his label printer by talking to people too. He gives a big shout out to Niagara Label for being able to do small runs and treating their customers so well!) 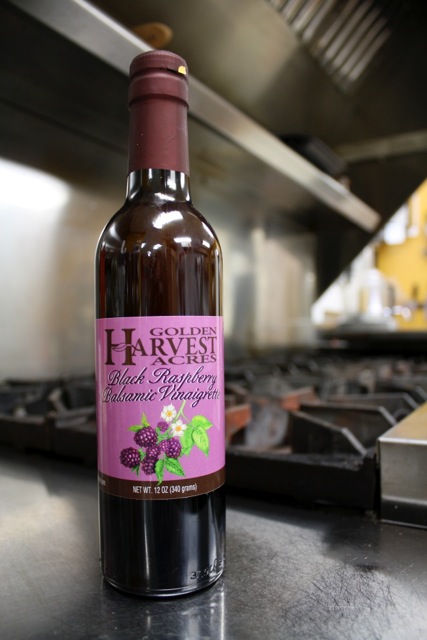 Part of the vinaigrette line. Image courtesy of John Bobinis.

Balancing The Business and Looking Ahead

While he supplies produce to some local restaurants, John's reputation and following are for his garlic, which he sells mostly throughout the northern states. The garlic business is well established; John's primary aspiration now is to focus on the products and have the garlic seed as his diversification.

John sells his Golden Harvest Acres products wholesale and retail and is seeing growing interest. He feels that he and Sara have developed enough expertise, knowledge, and connections over the past three years to really move with production. Their goal will remain to develop products unlike anyone else's. They just launched a new website and will offer their products throughout the U.S.

For John, ReciPal, both the nutrition label maker and the service, has also been a key part of his new venture: "It's been awesome. What's really great is I can call up Lev on the phone for advice. It's been an inexpensive way to get important information on our labels, because everybody looks at labels. Since we are small, we haven't done that many nutrition labels, but you never know what the future's going to hold."

John is truly excited about production and wishes he'd started it 30 years ago. He advises people to be passionate about their product, but he also stresses knowing when a product doesn't work and being willing to let it go. He recommends making a real commitment to quality in every aspect of the business. He is adamant about the importance of packaging for reflecting the quality of what's inside and for reaching new types of customers (wineries, for example, are attracted by the wine bottles he is now using to package his vinaigrettes).

But above all, John stresses remembering that your customers are your business (we wholeheartedly agree): "We don't take nothing for granted. The people who patronize us, we let them know they are important to us. We couldn't do anything without them. We treat everybody with respect and let them know we appreciate them."

Have a similar story? Any other questions for us or John and Golden Harvest? Let us know in the comments.