What are facility allergens? Facility allergens are allergens that aren't necessarily in the product itself via the ingredients, but nonetheless may be present in some small amount through cross-contamination.

It's a way of saying "if you really need to avoid this allergen, steer clear".

From Second Class to Core Feature

Facility allergens are generally optional, but it's a good idea to list them because your customers have come to expect them and it shows that you're looking out for them by being transparent.

We've had them on ReciPal's nutrition label maker for a while, but since it wasn't a requirement but more a "nice to have" option, it wasn't totally set up for Canadian labels. No more!

So what does that all mean for our Canadian users and their labels? 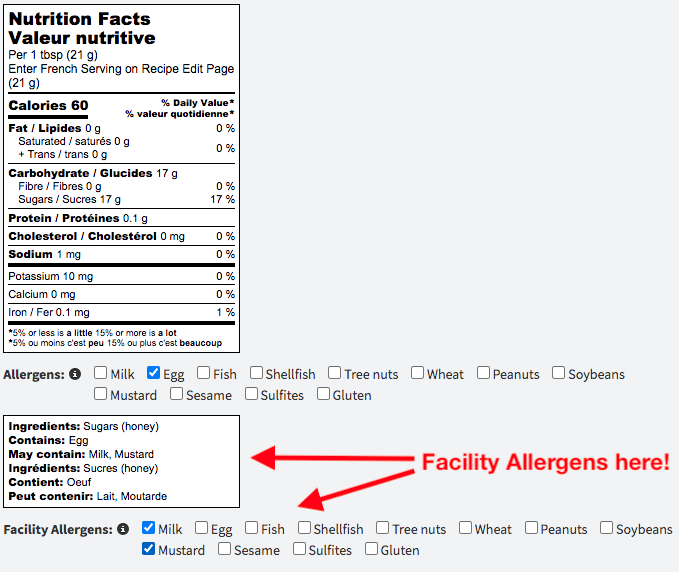 Here's what it looks like on ReciPal. See the additional Canadian allergens and "May contain" statement in bold below the ingredients and standard allergens.

Here are a couple more resources on facility allergens from the Canadian regulations:

Let us know what you think and if you have any questions!