We spoke with another of our customers, Clifton of One Screw Loose jellies, who capped off a successful Kickstarter campaign.

Just like Outer Limits Hot Sauce, they had an established product locally. They were already producing and selling their jellies and were quite popular at farmers markets, craft beer stores and gourmet shops in the Southeast, even earning awards for their spicy varieties. 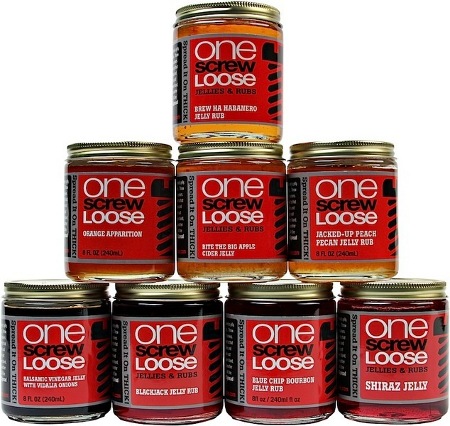 Their goal was not to "start" their business, but to take it to the next level. Their challenge was making more jelly and making it more efficiently, which required a capital expense. Basically saying "we're already kicking ass, help us kick some more". And their fundraising goal, at $10,000, was extremely modest given their success. As we've mentioned before, not going overboard with the amount is key to having a successful campaign. Success rates drop dramatically above $10,000.

Their page has a great video, plenty of photos showing the product, testimonials from customers and press. Things that tell potential backers they're serious, prepared and a smart project to back.

Hear it From The Horse's Mouth

That's just my take though, here are some tips from Clifton himself:

I found the campaign period decision particularly interesting. The logic behind 40 days is very practical and smart, which most people wouldn't consider.

So, that's what got One Screw Loose to the finish line of their campaign. Start with an established brand and reasonable goal. Showcase your product, keep the video short and entertaining, and keep hustling until the end. Just don't forget to think about realistic fulfillment goals and keep your backers updated with progress, even when things become challenging.