This is the sixth post in a series of interviews with successful food businesses. We’ll go over how they started, successes and failures, and general advice for other food entrepreneurs. 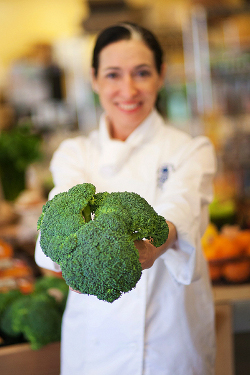 This week’s guest is Mary Mentzer, owner of Eat, Drink & Meet Mary, a meal planning website that offers a you weekly meal plans, menus, recipes (5 ingredients or less), shopping lists, easy instructions, cooking tips and more. All you do is follow Mary’s the plan. If you want to get back in the kitchen, eat healthy, and even shed some pounds, it's a no brainer.

How did you get started?

I worked for 25 years in the advertising business and for the last 8 years I specialized in healthcare. The biggest health problem in the United States is being overweight and the recurring message from us always came down to diet and exercise. Instead of merely telling people they had to eat better food, I decided to take the next step and do the planning for them to make it easier to start cooking with unprocessed food.

Naturally, I quit my marketing job and went to culinary school. I graduated in November 2012 and then took a year to develop meal plans, recipes, the business plan and website.

What happened during that year?

As I was developing meal plans, I realized my work was what real everyday cooks do every day. It’s funny. People love to watch cooking shows but a lot of folks don’t actually cook. Through interviews and research I learned that the stumbling block between wanting to cook and actually cooking was the planning. So I focused on that and tried to make it as easy as possible.

I kept hearing the same scenario over and over. “Mary, I call my spouse and talk about dinner almost every night. We never have a plan, so I go to the grocery store tired, hungry and with no plan. I buy a bunch of food and go home. I’m more tired, I’m really hungry and I still don’t have a plan. I make a mediocre meal and end up throwing a lot of stuff away and have a pantry full of stuff I never use.”

So how did you start fixing this problem?

I signed up a couple of test families. One never learned to cook and had three small children. She said the only reason she had a kitchen was because it came with the house. The other was a senior business executive. She and her husband knew how to cook and wanted to cook better food for their family but didn’t have the time to plan it out. Every week I gave them a shopping list and five dinner menus. After six months on the plan, both families were cooking simple healthy meals using real, unprocessed food and the adults in both families managed to lose a substantial amount of weight.

Mary encourages playing with your food

While I had been successful with my friends and family, I was not confident that I could convince the rest of the world to join my plan. I needed more facts and less say-so. Facts about the nutritional content of my recipes. Facts to support what I knew instinctually to be true. Facts to refine my recipes to make them even healthier. I spent untold hours searching for a source of nutrition labels. I was on the verge of permanent frustration when I discovered ReciPal.

Talk about finding a gem. ReciPal came to my rescue. With ReciPal, I could make a full nutrition label without having to be a food analyst. Based on the nutrition label, I could also be sure that my recipes were in fact healthy. Often I changed ingredients to improve the nutritional value of the meal, something I could not have done otherwise. Finally, ReciPal was affordable.

This added nutritional research and factual support contributed significantly to the credibility of the content on my website. It was really easy, too. When you start a business, you’re forced into high-speed multitasking. Food analysis was not a task I wanted to take on, but it turned out to be straightforward with ReciPal.

So you have your nutrition facts as proof, what next?

Now that I had my recipes and nutrition labels figured out, I had to solve the food waste problem and make my meal program affordable. I went back to its roots. I realized that everyday cooks don’t make a new dish everyday. They have a stable of recipes they use and then every once in a while they try something new. So I came up with a top-secret grid (which I drew on a napkin, like any good entrepreneur!) that incorporated recipe repetition to boost cooking confidence and to use up leftover ingredients.

Sounds darned simple. What’s the price for all your hard work?

A friend suggested I price it like Netflix - $9.95 a month. Brilliant! 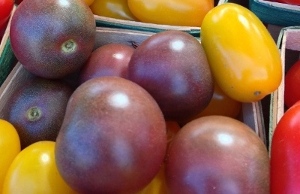 This isn’t gourmet food. I’m not advocating farm-to-table or even organic. I’m not telling people something they don’t already know. I just want people to start cooking again. Most people think they have to have some big breakthrough idea to start a business. I think it’s the opposite. Take a problem that everybody has and simplify it so they can solve it easily themselves. That’s what I want to do for people. That’s what ReciPal did for me.